Fire Field was once one of the greatest places in the galaxy to harvest minerals, but the leading resources company was too greedy and dug too deep and hit a volcano. It caused a huge explosion that turned the place into a fiery hell full of extremely hot magma. The resources company was driven to the crisis of bankruptcy, but teamed up with project F-Zero and constructed an F-Zero circuit amongst the crimson lotus flames.

Appearance in the games

Fire Field first appeared as the last and hardest track in the original F-Zero, being the fifth track in the King Cup. It has a lot of sharp turns, side magnets, mines and one booster pad. 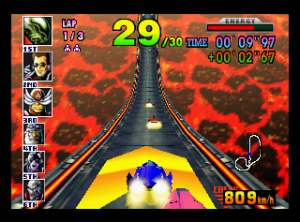 In F-Zero X, Zig-Zag Jump has a steep, narrow descent following the starting line, leading to a long jump over a zigzagged segment of the track. The amount of hangtime the car achieves forces the racer to carefully calculate the landing, in order to stay in the race. Another feature the player needs to be on the lookout for is a sharp turn upwards just before the final bend, which may launch unsuspecting drivers off the track. Fire Field 2, exclusive to the Expansion Kit, has a 180 degree rollover as well as a cylinder.

In F-Zero GX, Cylinder Knot is a simple cylinder course and Undulation has up-and-down roads that lack guardrails, making it very dangerous. In Undulation, there are also roads with guardrails, but the terrain is bumpy. 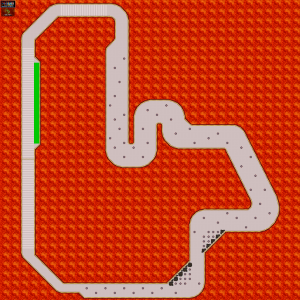 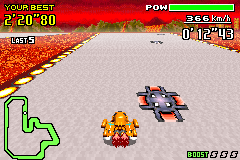 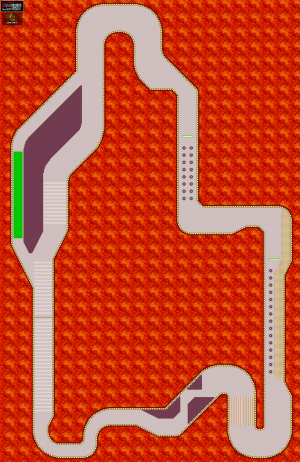 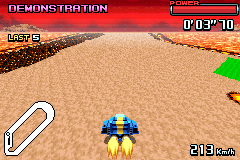 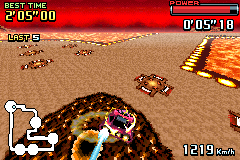 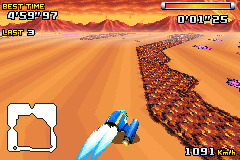 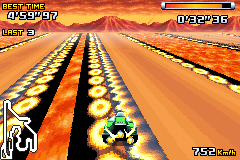