Because of an explosive increase in population, humans have been forced to emigrate to other parts of the universe to secure the necessary means for life, especially oxygen. To assist this struggle, biotechnologists have created plants of unusual vitality, using them to build a completely automated oxygen-generating facility, the "Green Plant." The plants, however, turn out to be more intelligent than humans, and while faithfully fulfilling their function as oxygen generators, breed quietly throughout the universe.

Appearance in the games[edit]

Green Plant started to appear in F-Zero GX. Mobius Ring is a simple course but with tough terrain. On Intersection, a short pipe intersects with the course. Spiral finishes the AX Cup and is very complicated with pipes, cylinders, and more. 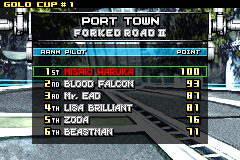 Referenced in the background