The Game Boy Advance (Japanese: ゲームボーイアドバンス Game Boy Advance, sometimes shortened to GBA) is a 32-bit handheld gaming system and Nintendo's successor to the Game Boy Color. It was released in Japan on March 21, 2001, in North America on June 11, 2001 and in Europe and Australia on June 22, 2001.

The Game Boy Advance was originally released in 2001 as a successor to the Game Boy Color, being backwards compatible with all previous Game Boy games. As its successor, the Game Boy Advance was more technologically advanced than the Game Boy Color, as well as adding two shoulder buttons, having a longer battery life, and featuring a landscape form factor compared to the standard portrait form factor featured on previous Game Boy models; the console was also marketed as being able to connect to the Nintendo GameCube to provide further connectivity with GameCube games. While the console did sell well, selling about 33.5 million units worldwide, criticism centered on the lack of a backlight on the screen, which made games difficult to play under most circumstances.

The Game Boy Advance SP was released in February 2003 as an enhanced successor to the Game Boy Advance. Returning to the portrait form factor from previous Game Boy models and changing to a clamshell design to protect the screen when not in use, the SP notably added a backlit screen, which made games considerably easier to see compared to the Game Boy Advance. Despite being released one year before the Nintendo DS in 2004, the model sold 43.5 million units worldwide and received positive reviews; criticism centered on the lack of a standard headphone jack.

A third version of the Game Boy Advance, the Game Boy Micro, was released in 2005, featuring a brighter, backlight screen compared to the Game Boy Advance SP, as well as returning to the landscape form factor, re-introducing the headphone jack, and featuring interchangeable faceplates. However, backwards compatibility with Game Boy and Game Boy Color games was dropped, and changes to the hardware rendered the Micro incompatible with several Game Boy Advance add-ons, like the e-Reader. The Micro only sold about 2.42 million units worldwide, owing to the increased marketplace dominance of the Nintendo DS. 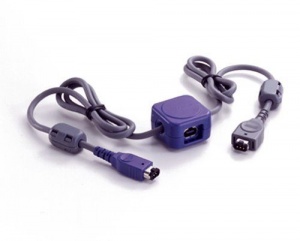 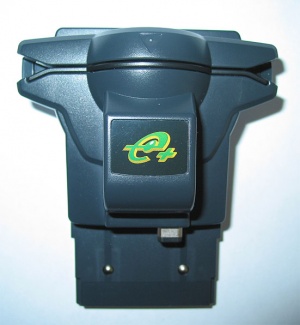 The e-Reader, released in 2001 in Japan and in 2002 worldwide, was an add-on that allowed players to scan specialised cards with a variety of content on them. Inserted into the standard cartridge slot, the cards could allow for players to add content to games, as well as use content exclusive to the e-Reader, such as NES games. The e-Reader maintained support until 2008 in Japan; poor sales in America, however, caused the device to be discontinued by 2004, and it was never released in Europe.

F-Zero: GP Legend features e-Reader compatibility, but only in the Japanese release; the later American and European releases removed this compatibility, and all e-Reader content could instead by unlocked normally.

The e-Reader is mostly compatible with the Nintendo DS and Nintendo DS Lite; the former, however, does have to be physically modified as to allow the device to fit into the console.