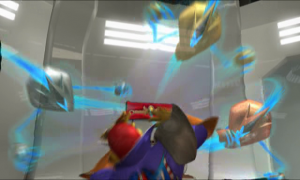 The Creator[1] are three ethereal beings claiming to be the creators of the Earth and Deathborn, however it is never fully revealed if they speak the truth or what their true intentions or motives are.

After Captain Falcon defeated Deathborn, three ghostly beings appear before him claiming to be the creators of the world and Deathborn, they then taunt and threaten Captain Falcon, claiming they will steal his soul and make him their new creation and replacement for Deathborn. They then challenge the Captain to a race in which he ultimately beats them. They then disappear and are never seen or mentioned again.